The great potential of autonomous mobility

Whether self-driving cars are a help or a hindrance to efforts to reduce transport emissions will depend on the rules, planning and pricing structures that accompany its introduction, argue Sami Angsthelm and Giel Mertens from Bax & Company

Self-driving cars can potentially play a significant role in reducing emissions from transport in cities, but unless the technology is accompanied by the right legislation, urban planning and pricing structures, it could have a dramatic opposite effect, say Sami Angsthelm and Giel Mertens from Bax & Company, an innovation consultancy

Autonomous, or self-driving, vehicles (AVs) are on the verge of going mainstream. Major companies such as Volvo are already sharing the first designs of their autonomous cars, which are slated for global release in 2020-21, with the general public. The introduction of these vehicles will touch all dimensions of society, offering opportunities and threats to our current way of life. When looking at the impact related to carbon dioxide (CO2) emissions, it is in our hands to determine whether autonomous cars will be a help or a hindrance to efforts to reduce emissions from vehicles.

To make a positive impact, the autonomous mobility of the near future will have to be shared and electric. Consultancy McKinsey estimates that shared electric autonomous vehicles, connected and in near-constant communication with each other, could cut CO2 emissions by up to 60% compared to the status quo through more efficient traffic flows and better anticipation with regards to accelerating and braking, resulting in fewer unnecessary tailbacks. An example of more efficient driving is so-called “platooning”. This allows trucks to follow one another more closely, minimising the effect of air resistance and potentially leading to a 5-15% reduction in fuel consumption and a comparable reduction in CO2 emissions. Shared cars would also free up the roads, with one shared vehicle replacing anywhere between five to 15 cars, according to the Brussels-based NGO Transport & Environment.

It is important to bear in mind, however, that there are also potentially negative scenarios from the introduction of self-driving cars, such as an increase in traffic from empty cars, otherwise known as “zombie cars”, driving alone. This situation could arise when the owner of an autonomous vehicle, looking to do a couple of hours of shopping in a city centre, decides to send her car elsewhere to be summoned later, rather than pay a premium for parking nearby. And the impact of AVs on transportation energy consumption is still uncertain. Analysis from the US Department of Energy highlights the drastically different predictions in recent literature of the potential effects the adoption of autonomous vehicles could have on the energy use of smaller cars. Estimates range between a decrease of around 60% and an increase of a whopping 200%.

The reason for this massive difference is the significant number of factors that need to be considered. Many of the advantages of connected and autonomous vehicles (CAVs) require an established CAV network. This means that the majority of vehicles on the road need to be without human drivers so there is minimal disruption to the overall traffic flow. The unpredictability of human nature could lead to unintended consequences. The potential of AVs is entirely dependent not on the technology, but on how we use it. Cheaper travel, potentially through improved energy efficiency, could increase travel demand and therefore congestion and fuel consumption. This is where policy needs to step in, at both a national and a regional level. Whether it is through dynamic pricing, flexible prices based on current market demand to tax empty seats, or appropriate data management regulations, good policymaking is crucial to the future success of AVs.

From smaller roads to making the majority of parking lots redundant, CAVs should already be a key consideration in urban development, especially as these impacts might well help tackle a number of existing and future challenges for local authorities. The main challenge is to understand how the infrastructure and the design of new urban areas can already take the upcoming technology into account. Cities need a high degree of flexibility to not just withstand, but embrace, the gradual introduction of AVs. Gothenburg, Sweden is a leading example as the first city in the world to examine the interaction between autonomous mobility and sustainable long-term urban planning. This means the city can map and link potential technological outcomes to its current urban planning system to prepare local urban plans that present how and where new buildings can be constructed.

There are many focus areas and policy priorities that need to align for autonomous mobility to truly deliver its full potential, environmentally, socially and economically. The knowledge is fragmented and best practices need to be shared beyond borders if the best low emission and low energy mobility solutions are to be found and widely deployed. There are innovative ideas at all levels of urban planning. These include ways to prioritise and modernise public transport, and how to build adaptable garages, should they need to be repurposed in the future. And there is already a lot of research that can be shared on the various pros and cons. Practical examples, however, remain scarce, which is why cities need to collaborate and experiment to find solutions for shared challenges.

Cities also need to work with solution providers to proactively co-develop services and products, rather than reacting to technology changes. Engaging with the market at an earlier phase will avoid structural mismatches at a later point. This requires funding that is not yet part of a city’s traditional budget. For cities and local authorities to define a sustainable autonomous mobility strategy, they must first understand the implications of the technology.

A general rule of innovation is that technology moves faster than regulation and its secondary effects often impact society before we are ready. We need to act now to ensure this does not happen with the next wave of disruption.

Bax & Company connects cities to an international network of solution providers, other cities and experts, supports them with funding processes, and helps them ensure the implementation of sustainable urban planning strategies 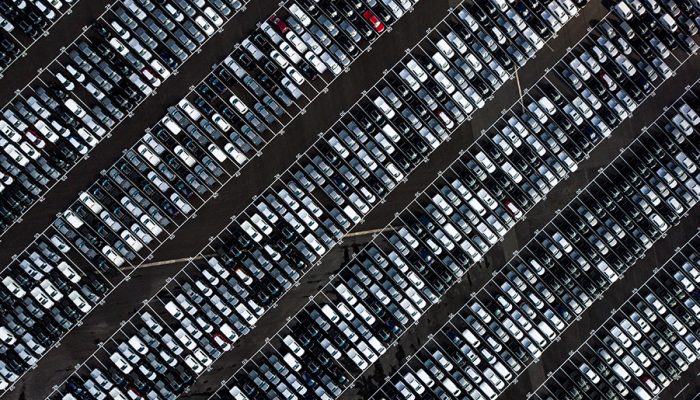