Emission-free energy alternatives to fossil fuels are emerging that could drive the world’s shift to a net-zero future. But there must be sufficient stimulus from governments to limit the technical, commercial and financial risks of these new technologies for investors, says Arnaud de Giovanni, global renewables leader at EY

For new renewable energy technologies to truly flourish, investor confidence in green growth must be boosted

Covid-19 dominated the headlines but 2020 was a big year for the race to net-zero. At a policy level, the world’s two largest economies took huge steps forward, with China committing to net zero by 2060 and US President Joe Biden promising net-zero greenhouse gas emissions by 2050. Not to be outdone, Brussels aims to attract €1 trillion of investment for the European Green Deal, which has set a target to cut carbon emissions by 55% versus 1990 levels within a decade, while the UK mobilised £12 billion (€14 billion) for its Green Industrial Revolution.

The commitments from world leaders come not a moment too soon. Alarm bells were rung at the United Nations (UN) Climate Ambition Summit in December, when President of the 2021 UN Climate Change Conference (COP26) Alok Sharma warned that the world is still not on track to fulfil the Paris Agreement.

While political commitments have poured in over the past year, the private sector has been keeping pace with the transition to renewables and, already, over 400 leading companies around the world have set a net-zero target. With sustainability soaring to the top of the agenda, investment has followed as environmental, social and corporate governance (ESG) investment funds surpassed $1 trillion globally in June 2020. The rise in ESG has also changed stakeholder expectations on how companies perform, behave and report on their activities.

We are now at the beginning of what is shaping up to be a decade of disruption, as new technologies around renewables emerge that could be transformative as emission-free energy alternatives to fossil fuels. A study by Morgan Stanley argues that $50 trillion spent by 2050 on five areas of technology—renewables ($14 trillion), electric vehicles ($11 trillion), hydrogen ($5.4 trillion), carbon capture and storage ($2.5 trillion) and biofuels ($2.7 trillion)—could eliminate the equivalent of 53.5 billion tonnes of carbon dioxide a year and allow the world to meet the Paris Agreement goals.

Certainly, the private sector’s capabilities and financial resources will be leveraged, and private-public partnerships have been a successful method for procuring renewable energy in the past. The question that emerges now is: how can governments stimulate green growth in emerging technologies?

The case for stimulating green growth with new technologies such as electric vehicles (EVs), hydrogen and battery storage is well documented given the enormous value it could provide in terms of societal gain, environmental improvement, economic growth and job creation. A constellation of disruptive technologies that could drive the shift to a net-zero future is emerging—but there is still a missing ingredient: sufficient stimulus from governments to de-risk green energy technologies for firms in the upfront initial investment cycle and limit the technical, commercial and financial risk.

Established technologies such as wind and solar have for years benefited from sustained policy support. This has enabled the industry to mature and technology costs to drop. In response, policies have been adapted to changing market conditions, with a growing trend toward auctions as lawmakers seek to procure electricity based on renewables at the lowest possible price. In Spain’s latest clean energy capacity auctions, three gigawatts (GW) of solar and wind energy capacity was secured at an average price of $29.62 per megawatt-hour (/MWh), 28% below the average electricity market price in 2020. In Portugal, the 2020 solar auction recorded the world’s lowest bid for large-scale PV projects at $13.12/MWh.

For new renewable energy technologies to truly flourish, investor confidence in green growth could be boosted by governments mobilising revenues through incentives for green energy and thereby providing the right signals to investment. To improve rollout of EVs, for instance, governments could follow the lead set by Germany and France. In 2020, Germany announced it would increase incentives by 50% for EVs, offering subsidies as large as €6,000 per vehicle to customers. Meanwhile, France has announced more than €1.3 billion in incentives to reduce the price of EVs by as much as 40%.

The slow rollout of charging infrastructure has been holding back the electrification of the transport sector, and more funding announcements are needed, such as the UK’s promise of £1.3 billion (€1.5 billion) to accelerate growth. Similarly, investors’ confidence in zero-emissions transportation could be given a shot in the arm by the announcement of a more integrated rollout of charging stations across Europe, given the extent of cross-border travel, particularly by heavy goods vehicles. Equally important, though, is that there are policies to support hydrogen and battery storage. Steps are being taken in the right direction with the launch in December of the EU’s Sustainable and Smart Mobility Strategy, while funding instruments such as the Connecting Europe Facility could also be harnessed.

As we accelerate toward a distributed energy system, we will need a smarter, more optimised network. Through a regulatory lens, governments could increase financial incentives for innovation, to encourage distribution system operators to embrace digitisation and new technologies, such as smart grids and storage infrastructure, that enable flexibility as part of a market redesign. Given the pace of technological change, regulatory frameworks that offer long-term stability are needed.

As governments look to stimulate green growth in emerging technologies, thought will need to be given to how to balance growth with affordability. To raise capital to subsidise low-carbon innovation and facilitate a market redesign, lawmakers could benefit from continuing to embrace green bonds. Last year, green bond issuances from governments and private companies surpassed $200 billion, bringing the cumulative total to more than $1 trillion since the securities were launched in 2007.

Also in 2020, Germany introduced its first government green bond, which was oversubscribed and includes support for electric mobility and subsidies for the purchase of zero-emissions vehicles. Meanwhile, the UK will follow suit and issue its first sovereign green bond in 2021. While the green bond market is exploding, however, the OECD estimates that $6.3 trillion in capital is needed annually until 2030 to meet global climate targets. A green recovery is dependent on getting capital allocation to the right place at the right time, and the green bond market offers a financial vehicle with the capacity to grow many times over.

As we find ourselves off course to meet the Paris Agreement, green recovery plans could provide an opportunity for governments to accelerate the charge to net-zero. We have reached a point of inflection, as investment in disruptive new technologies could present a lifeline and a path to a net-zero future. To stimulate green growth, we will need more subsidies, regulation and green bond issuances, as well as a joined-up approach by governments to spur investment and de-risk transformative technologies that hold the key to a low-carbon transition.

The renewable energy sector cannot escape the impact of Covid-19, but a redrawing of the landscape and its resilience through the pandemic will lay the foundations for future growth, says Arnaud de Giovanni, Global Power and Utilities Transaction Advisory Services leader at EY 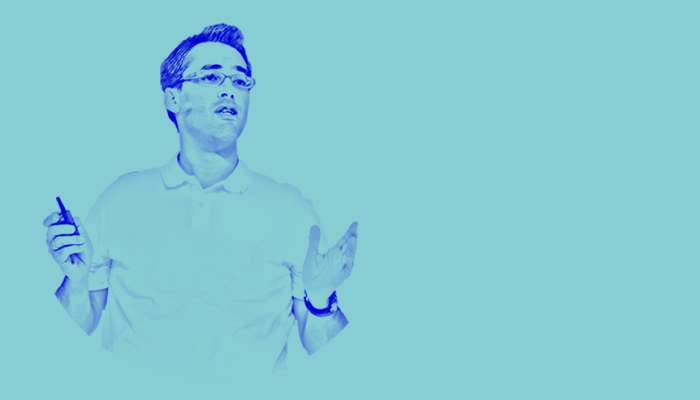 Charging an EV should be as easy as charging a smartphone

The biggest barrier in the transition to electric vehicles is the lack of charging infrastructure. While large-scale projects will ultimately deliver the most effective results, traction will come from multiple smaller applications and innovations, argues Jean-Christoph Heyne from Siemens’ Future Grids business unit 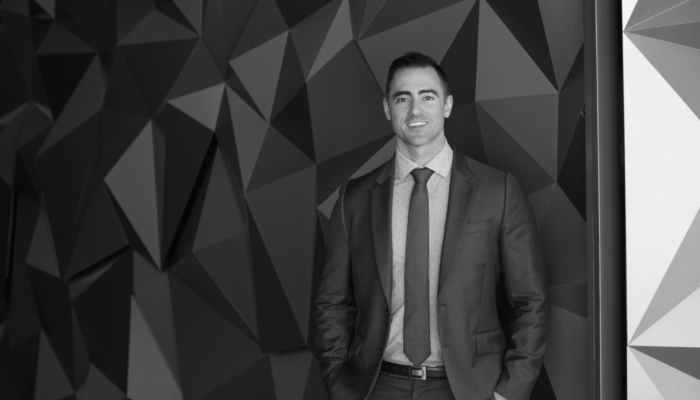 ESG is growing in importance for investors 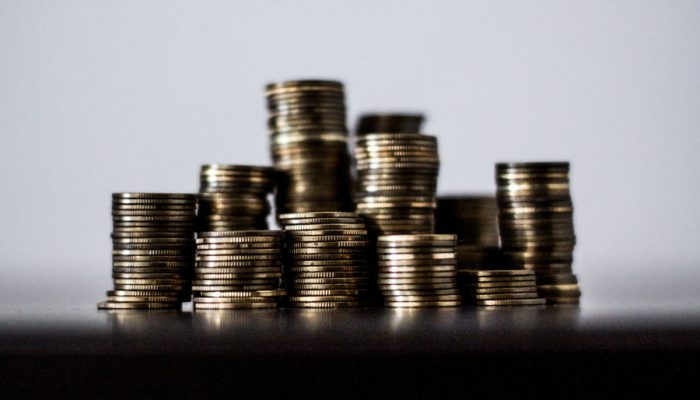 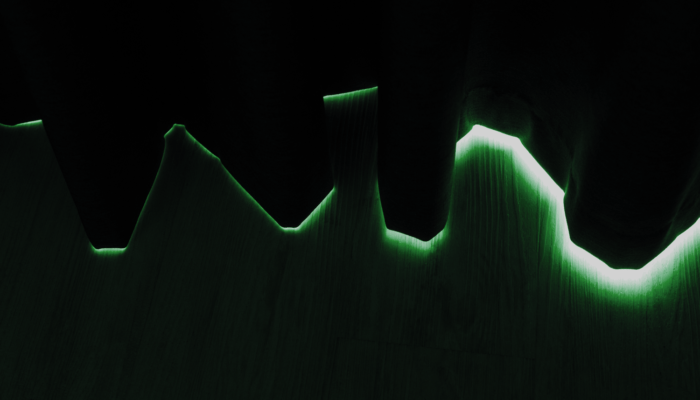 Investors muscle up and pile on green pressure

Companies involved in activities that carry high climate-related, financial and reputational risks can no longer be certain of securing funds. Investors today have a choice. Green energy has become a comparatively better bet, with a lower risk profile and demonstrably higher returns. Companies can either realign their business strategies or watch institutional investors walk away