Governments are at varying speeds decarbonising their economies. At the same time, they depend on tax revenues from use of the very hydro carbons they want to escape from. As a perverse side effect, governments are finding it hard to break the ties.

The design of fiscal policies for raising or spending money by government is never more important that when convincing finance ministries of the potential benefits of using taxation to change environmentally damaging behaviour.

The basic rationale behind environmental taxes is to tax pollution to correct price signals, so they better reflect the full cost of a certain product. Tax revenues derived from these sources, however, might also create an unintended dependence on them.

“Green tax reforms put us in somewhat of a dilemma. If the purpose of taxing pollution is to reduce it, the tax revenue will drop as the polluting behaviour improves. That means we have to look elsewhere for new revenue streams if we want to reduce pollution,” says Peter Birch Sørensen, economist and chairman of the Danish Council on Climate Change.

Major organisations such as the OECD and the World Bank agree with him. To avoid ending up in a situation where environmental concerns clash with fiscal aims, they recommend that governments adopt a two-pronged approach. First, put a tax on pollution, such as CO2 emissions. Second, counterbalance diminishing revenue as those taxes start to bite by increasing the flow of money from relatively constant tax bases, such as utility usage or general consumption.

The Partnership for Market Readiness (PMR), an initiative managed by the World Bank’s Climate and Carbon Financial Unit, is currently providing technical assistance, through grant funding, to 18 countries to help them design, prepare and pilot carbon pricing instruments. One element the PMR is looking at is the interaction between existing or planned policies and carbon pricing initiatives, to determine whether a carbon tax fits with other policies in the country, including energy efficiency measures.

“That is something countries need to look at carefully, no matter whether it is a developed or developing country. It is a critical issue. If you are going to have discussions with governments, they will tell you that the way these interact is one of the big challenges,” says Adrien de Bassompierre, coordinator of the PMR initiative.

Put a price on it

In the context of climate change policies, the pressure for environmental fiscal reforms will only increase. According to the IMF, just 12% of global greenhouse gas emissions are priced in recognition of their environmental cost, although when China introduces an emissions trading system on industrial sources in 2017, almost a quarter of global emissions will be priced.

IMF boss Christine Lagarde recently said that “carbon pricing can and should be the jewel in the crown” of mitigation efforts and that “getting the design right is critical.” She also emphasised the key role of finance ministries in promoting and implementing carbon pricing.

That is something countries need to
look at carefully, no matter whether it
is a developed or developing country.
It is a critical issue.

Still a lot to learn

As one of the first countries to introduce a CO2 tax, Denmark has built substantial policy experience on the effects of green tax regimes since 1992. Despite that accrued knowledge, government dependence on tax revenues from fossil fuels is still a challenge when evaluating policy proposals.

“Taxes on energy and cars currently bring home roughly $10 billion to the government annually. As Denmark moves to renewable energy sources the worry is that the income will diminish,” says Birch Sørensen.

He points to a recent example where fiscal intentions have clashed with environmental concerns. The Danish parliament, faced with deciding whether electric vehicles should continue to be tax exempt or not, faced an uncomfortable dilemma. In a country which taxes conventional cars at 150% of their purchase price and electric vehicles at 0%, the government was missing out on a substantial source of revenue every time a car with an exhaust pipe was replaced by a new electric car. The finance ministry took a good hard look at the problem and said tax exemption for electric cars was exceedingly expensive. They are now taxed at 20%, a percentage expected to rise to 150% in 2020. As a result, sales of electric cars have ground to a halt since January 2016, when the tax was introduced.

“Every policy proposal that risks reducing tax revenue will be met by scepticism in most finance ministries. That is how it is,” says Birch Sørensen. He emphasises that although economists generally favour the use of green taxes as a way of fighting pollution, they also acknowledge that green taxes are not a very robust source of government revenue. Broader tax bases, such as income, consumption and real estate are more reliable sources of finance for the public sector.

Despite this accepted wisdom among economists, governments today receive a significant part of their revenues from taxes on pollution sources. For the EU as a whole it is 6%. This dependency relationship makes for an unhealthy bond when evaluating policy proposals. • 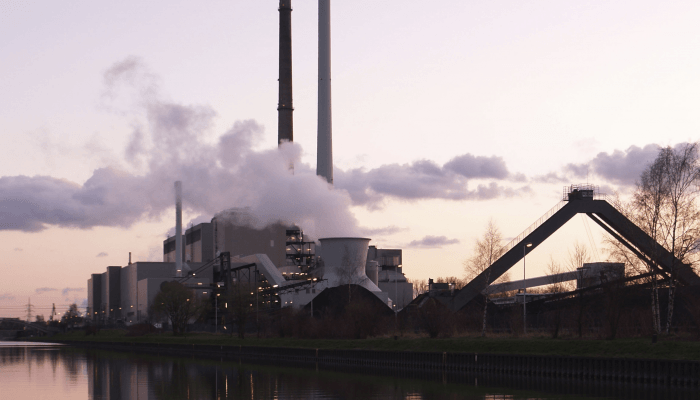 Redirecting the global flow of money

Developing countries need around $300 billion annually by 2020 to limit their carbon emissions.